Specifically designed and developed to release a tight coherent
stream pattern directed at the attacker without contaminating the immediate
surroundings.

Has 15% Oleoresin Capsicum with a spice blend mix
OC does not vaporize and is trapped in the liquid stream with a non-flammable
propellant.

The Oleoresin Capsicum is broken down into micron size particals as its being
released, which causes immediate mucous membranes inflammation on contact.

Safety Nozzle -comes with a spring loaded safety flip cap which prevents accidental
discharge.
Direct stream of up to 9 meters 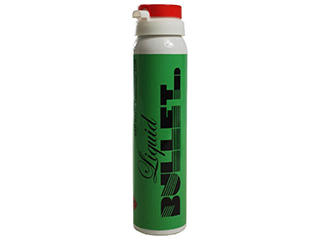